Arman Torus songwriter meets musicians. Arman brings the song, and these fine fellows give it life. Some jammers are welcome to join. 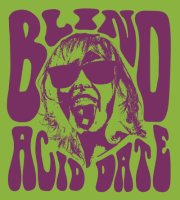 Born in Sapporo, Japan in 1989, Shohei grew up listening to the great rock and jazz guitar masters of the second half of the 20th century. Early on in his life, he became deeply enmeshed in the wealth of guitar tones and styles that emerged out of America and Europe and began studying the guitar as if it was his only calling. By the time he reached his twentieth birthday in 2010, he could emulate practically any guitar sound and style that existed in the world. In 2010, Shohei was the unanimous choice of the judges for the First Prize of the Sapporo International Jazz Festival. He competed with over 150 entrants and surprised everyone, including himself, by taking first place. In 2011, Shohei released a first album “ North Wind” and was invited by Toronto In...ternational Jazz Festival, Eden Mile Charity Live in Canada. At present, he is featured at music theatres around the country, and continue to actively compose and develop his new expression. When watching this remarkable musician play you begin to feel that his guitar is merely a natural extension of his body. He creates sounds evocative of such great guitarists as Eric Johnson and Michael Hedges with a bit of Chet Atkins and Leo Kottke thrown in for good measure. There is nothing he can’t do and no sound he can’t create. At such an early stage in his career, the musical world is in for a number of elegant surprises.

In 2012 on April, Shohei will launch his second Album ”NEXT SHOw TIME” In this second album,in addition to his fresh sound, it is expressed his different style such as HIP HOP and ROCK, including first his vocal. He try to express his new creation and possibility by his original new style music.
0 comments