We are going back to our home.. where this band was formed by cheap booze and great performers getting together..

Lets party, lets have fun and enjoy the night. 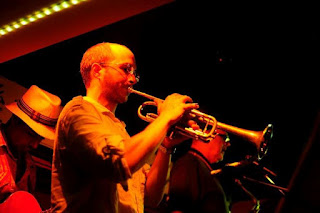 The Shiznits are a hot funk and soul band featuring veterans of the Taipei music scene. The band was formed by random jams at live music venues. The band's repertoire includes a strong collection of original songs, as well as numbers by Prince, James Brown and D'Angelo, and even a few reggae classics. Featuring the intensity of D.C. Rapier on saxophone, the explosive power of Nicolas Chenuet on trumpet, the rhythmic and funky guitar playing of Nick Brown and the soulful vocals of Arman Torus, the Shiznits' sound is driven by the rock-solid rhythm section of bassist Sean Su and drummer Daz Booker. Many of these names will be familiar to music fans in Taipei as both solo artists and members of other bands playing regularly around the city.